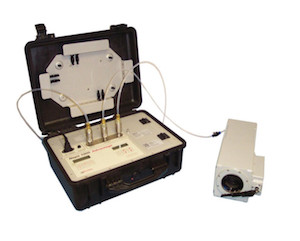 The incorporated dewpoint monitor provides users with the dryness of the gas before the commence of the purging operation. Its dewpointstat feature allows users to determine the amount of moisture contained within the equipment and to implement an optimised gas and purging procedure for production control. Upon removing the dewpoint sensor option, the Nitrogen Enhanced Purging System 1000 Pumped will monitor the progress of the dewpoint dryness, switches off, and isolating the dry gas when the selected dewpoint is met. A data logger can be used to monitor the degradation time of the dewpoint, allowing users to calculate the water vapour transmission rate (WVTR) and to determine the rate of water removal during the initial purging phase.